JEDEC's New JESD243: Is It an Industry Standard for Counterfeit Electronic Parts - or Something Less? 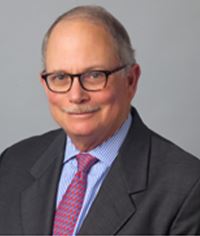 Bob Metzger is a member of Rogers Joseph O'Donnell, PC Government Contracts Practice Group and is the head of RJO's Washington, D.C. office. He advises leading US and international companies on key public contract compliance challenges and in strategic business pursuits. His litigation practice includes representation of companies before administrative agencies as well as civil matters in federal and state courts. His transactional practice includes international projects, joint ventures, direct and FMS sales to foreign governments. Bob is highly regarded for thought leadership in cybersecurity and supply chain risk management.

Bob received his B.A. from Middlebury College and his J.D. from Georgetown University Law Center, where he was an Editor of the Georgetown Law Journal. He subsequently was a Research Fellow, Center for Science & International Affairs (now "Belfer Center"), Harvard Kennedy School of Government. He is admitted to the Bar of the State of California and the District of Columbia.

Bob was recently named a 2016 "Federal 100" awardee by Federal Computer Week, which said of him: "He brings a deep understanding of the statutes and legal underpinnings of those efforts, combined with an ability to integrate policy, regulation and technology, and he has helped industry have a voice in those deliberations. In 2015, he was at the forefront of the convergence of the supply chain and cybersecurity, and his work continues to influence the strategies of federal entities and companies alike." Chambers USA in 2015 ranks Bob among top U.S. government contracts lawyers nationwide and cited him for abilities to handle "cutting-edge issues in areas such as counterfeit goods and cybersecurity." He was described by The Legal 500 in 2015 as an "expert in supply chain management." Bob is among the 48 U.S. lawyers rated as "Experts" in government contracts by Who's Who Legal (2015).

Bob is a member of the International Institute for Strategic Studies (IISS), London. Academic publications on security topics include articles in International Security and the Journal of Strategic Studies. Bob has numerous publications to his credit in diverse areas of public policy and contracting that include telecommunications law and policy, international defense transactions, offsets and countertrade, state and local IT acquisition, organizational conflict of interest, contract award controversies and GSA multiple award schedule contracting. He is the co-author (with Daniel Lyons) of "A Critical Reassessment of the GAO Bid-Protest Mechanism,” Wisconsin Law Review, Volume 2007, Number 6, 2008.

Bob is the Vice-Chair of the Cyber/ Supply Chain Assurance Committee of the IT Alliance for Sector (ITAPs), a unit of the Information Technology Industry Council. He regularly participates in public/private cyber and supply chain initiatives working closely with multiple government agencies.

Rogers Joseph O'Donnell is a litigation boutique founded in 1981 by a group of attorneys who believed -- and continue to believe -- that smaller is smarter. Free from the bureaucratic and economic burdens of a supersize law firm, we can listen to our clients more attentively, think more creatively, and act more nimbly. The represent Fortune 500 companies, private corporations and partnerships, start-ups, non-profits, government entities, family trusts, and individuals throughout California and across the United States.