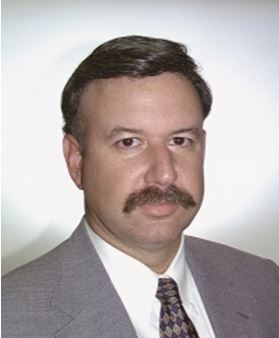 Mr. Gordon is currently the AS&D Program Manager for ANSI-ASQ National Accreditation Board (ANAB). He previously he was Director, Supplier Quality for Aerojet Rocketdyne, a propulsion system provider for space, missile defense and tactical weapons across almost all commercial and military applications. Mr. Gordon also previously worked for Woodward Airframe Systems as Group Director, Quality. In that capacity he was responsible for the manufacture of actuators (electric and hydraulic), motors, sensors and other electro-mechanical devices in aerospace, defense and commercial applications. He previously worked for Rolls-Royce Corporation as Director, Quality N. America in the manufacture and support of small and medium sized gas turbine engines for use in the civil aviation, defense and industrial markets.

Mr. Gordon has been involved with aerospace quality for over 40 years in all aspects of the Quality function. He is Past Chairman of the American Aerospace Quality Group (AAQG) that is SAE committee G-14 and which has responsibility for the AS9100 Quality standard and other AS91xx series standards. He also is a member of Counterfeit Parts committees G-19D (AS6081) and G-21 (AS6174). He was the industry lead on the aerospace QMS and is active in the International Aerospace Quality Group as well. He is an ASQ Fellow, holds a Bachelor of Industrial Engineering from GMI (now Kettering University) and an MBA from Butler University.

Counterfeit electronic parts pose a significant risk to performance, reliability, and safety. There is concern about this situation in the aerospace industry and now standards are in place to address this problem. One of many standards intended to be used by buyers of electronic components is AS5553 "Counterfeit Electronic Parts: Avoidance, Detection, Mitigation and Disposition". The standard was developed by members from the US Government, Military, and Commercial Aerospace Companies. This presentation will give the attendee an understanding of the Counterfeit Electronic Parts standards, the certification scheme in place for AS5553 and other standards, and how the standards link with the ISO & AS9100 series of standards.

The ANSI-ASQ National Accreditation Board plays an important role in ensuring the safety and quality of goods and services and in protecting the environment. They accredit testing and calibration labs, inspection and certification bodies, reference material producers, and proficiency test providers and conduct audits to make sure their clients follow international standards and are competent to do their work. The ANAB we does helps facilitate international trade and eliminate the expense of redundant audits and tests.